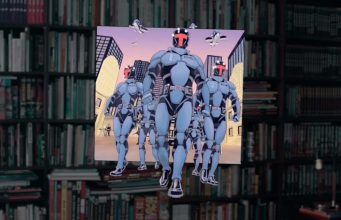 Madefire, the minds behind the Motion Books 3D comic format and publishing platform, today released a new app for Magic Leap One that will let users not only publish their own 3D ‘motion comic’ creations directly to the #ar headset, but also experience a number of comics in the Madefire catalog.

Now Magic Leap One owners can not only browse a number of these 3D comic book stories from some of the biggest names in the industry, but also create and publish their own experiences on Magic Leap One without the need of coding skills.

“You can arrange the artwork on layers which gives you depth, paralax, camera movement, mood music, [and] sound effects,” said Dave Gibbons, co-creator of Watchmen comic series. “And once you’ve got that built in Madefire, you can then translate it across to Magic Leap and turn something flat into something which exists in space before you.”

According to Venture Beat, the new platform integration lets artists preview changes “in near real time,” letting creators add spatial sounds, and visualize the comic naturally to make the best of the 3D space.