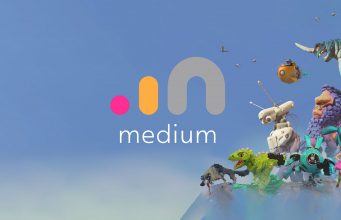 Medium, #Oculus’ first-party #vr sculpting and modeling tool, today gets a major update in version 2.0, bringing better performance, improved tools, and the ability to export your creations into your own #Oculus Home space.

Having launched Medium initially back in late 2016, #Oculus has been continuing to tune the tool for the needs of professional artists and modelers. Version 2.0, now available, adds useful tool enhancements like grid snapping and multiple lights, while also bumping the layer limit up to 100. The company also promises improved performance for large and high resolution projects thanks to a new Vulkan-based rendering engine.

But the tool is also quite approachable by novices, and luckily (since I won’t be sculpting anything worthy of being 3D printed any time soon), Medium 2.0 will allow users to export models directly into their #Oculus Home space to show off virtually—a feature that’s been promised for some time.

Along with the new performance improvements, Medium 2.0 will now require Windows 10, in accordance with the company’s new recommended specifications.