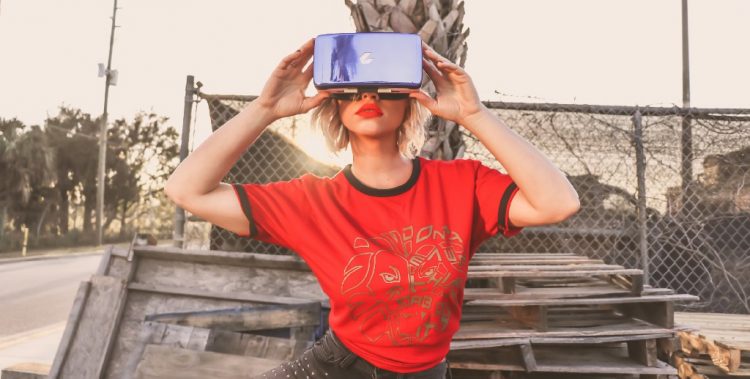 Virtual Reality — The Next Big Thing

https://medium.com/m/global-identity?redirectUrl=https%3A%2F%2Fblog.dextra.art%2Fvirtual-reality-the-next-big-thing-ebe28a1ed601
#VirtualReality — The Next Big ThingThe rise of #vr technology across entertainment, storytelling, healthcare, military, education, tourism, sports and retail sectors.Dextra is gearing up to conduct its first summit on #vr in #vr on October 27th-30th, 2018 in partnership with AltSpaceVR. The Summit will feature panel discussions, demonstrations and interviews on the impact of immersive content across industries. Asked what prompted Dextra to host a #vr summit, Divyaansh Anuj, CEO and Founder of Dextra said, “VR is at the cutting edge of human expression. We felt it crucial to expose our extremely talented community to what they can do with #vr and what #vr could do for them.”VR At HomeIn the last few years, we have seen significant developments in virtual, augmented and mixed reality applications which are now poised to impact many parts of our daily routines. #vr is bringing a sublime change in the way we create, distribute and consume content. Although consumer #vr is yet to become a viable mainstream product, new headset developments from Facebook #Oculus, #HTC Vive and Google Cardboard are already driving the market beyond gamers and early technology enthusiasts.MerchandisingVR is helping brands create immersive experiences for their customers that are memorable and forge deeper connections. Recently, for example, IKEA released an interactive #vr experience for customers to remodel their kitchen. Users can change the color, style and features to know exactly what their kitchen will look like before they buy. Another brand, Jaguar, used Google Cardboard to create a cinematic #vr experience [Feel Wimbledon with Andy Murray] at the center court in Wimbledon.Entertainment and ValueVR is increasingly being used as an innovative tool to engage consumers in spaces, mediums, emotions and ideas like never before. If you’re a gamer, odds are that you are already familiar with the fictional worlds of VR. However, entertainment isn’t the only place #vr is making inroads. #vr technology continues to gain more prominence across healthcare, military, storytelling, education, tourism, sports and retail.Google announced Expeditions, a ##VirtualReality platform built for classrooms to take students in guided tours of famous cities like Barcelona, Spain, or inaccessible places like space. SnowWorld, a #vr experience helps burn victims whose healing process can be excruciatingly painful by taking them into an immersive snowy environment where patients can score points by throwing snowballs at snowmen, penguins and flying fishes. #vr usage in military is already solving various problems pilots were facing in their cockpit and in NASA to train astronauts for spacewalks. In real estate, #vr offers users the ability to view 360-degree videos of home or apartment listings. And in automobiles, carmakers have started using #vr technology in designing cars before it makes a physical prototype.The FutureThe next evolution of #vr will give users the ability to interact with even more real world objects within virtual spaces. ##VirtualReality will have scores of applications across industries. No other technology has ever come closer to transporting a user into a visceral new world and capturing the undivided attention of a user. And better, more accessible headsets will pave the way for better simulations and more use cases. As #vr becomes a larger part of our daily lives, gear up to live in a virtual world, swim with dolphins, get attacked by a fire-spitting dragon, play tennis, take part in your music band festivals and much more from wherever you are.Tickets for the summit are available here.If you liked reading this article, recommend it by clapping for it. And feel free to share it with someone who would be interested to join the Dextra Global VR Summit.#VirtualReality — The Next Big Thing was originally published in Dextra on Medium, where people are continuing the conversation by highlighting and responding to this story….
feedurl: https://blog.dextra.art/feed
feedtitle: Dextra – Medium
feedlogo: https://cdn-images-1.medium.com/proxy/1*TGH72Nnw24QL3iV9IOm4VA.png
feeddescrizione:

A collaborative platform for creative professionals – artists, designers, musicians, dancers, writers, filmmakers, photographers, etc. – to profile all their creativity objectively, and find or be found by other complementary professions for collaboration. – Medium